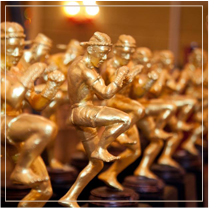 • In 1995, the World Muay Federation W.M.F. was founded with the historical merger of two organizations which had previously administered International Amateur Muay. The new organization had been entrusted with the preservation, development and promotion of the Sport of Muay. It has thus been instrumental in the growth and expansion of International interest in Muay to the point that as of August 2012 the Federation had over 80 full member countries and over 20 associated members.

• Even though W.M.F. is recognize Internationally as the leading sanctioning and representative body for the Sport of Muay, the Executive Board decided that a new course will be set in to further the development and promotion of Muay on the international stage with the aim of seeing Muay introduced as an Olympic discipline.

• With an ever growing number of members, federations, associations and organizations worldwide looking for a banner to unify them and to better represent their sportsman/sportswoman, athletes and sport advancements, the Executive Board of W.M.F., March 2012, had set new guidelines and standards for all the practitioners of the Art of Muay and also for the Sportspeople, trainers, coaches, clubs and associations on how to better represent, teach and educate all interested parties in this great Sport, since that day, following the guidelines and rules of W.M.F. the committee created under the banner “Be Activ, Be Muay, Be W.M.F.” has been responsible to unify and organize in Worldwide all of the National Federations, Associations, Leagues and Clubs under the banner of W.M.F., making sure that just one rule book is used, that all individuals and trainers meet the same criteria and standards in the set in the sport. 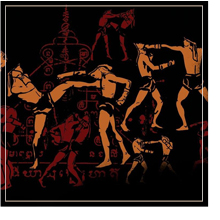 • Another milestone in the work of W.M.F. had been achieved, once the usual pattern and misconception that Muaythai is just the national sport of Thailand and could not be adopted or become popular internationally had been proven wrong by the research and application and implementation of the same model used in SE Asia where the sport was popularized as the Sport of Muay.

• Not only that this had helped and soften the perceptions of even the most conservative individuals in all socio-political levels worldwide, but at the same time enhanced the ability of our Conservations Officers to preserve the SE Asian Heritage and the Ancient Muay in all of its forms and names, putting the great sport of Muay in a spotlight.

• We, the Executive Board, here at World Muay Federation want to offer you all a Warm Welcome and be sure that in time we’ll love to hear from all of you and meet you at one of our event.

With Great Respect to all,
Executive Board of W.M.F.