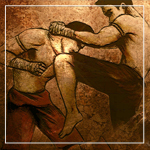 • The word MUAY derives from the Sanskrit “MAVYA” which roughly translated means “to bind together” or “to make things united”.

• Muay is referred to as the “ Art of Eight Limbs” or the “ Science of Eight Limbs” because it makes use of punches, kicks, elbows and knee strikes, thus using eight “ points of contact”, as opposed to “two points” (fists) in boxing and “ four points” (hand and feet) used in other more regulated combat sports, such as kickboxing, taekwondo and karate.

• Muay is a martial art of very fine movements, but with exact executions and techniques. It has been developed since ancient days throughout Southeast Asia countries such as Cambodia, Myanmar, Thailand, Laos, Vietnam, Malaysia and Indonesia. The basic techniques of using the 8 limbs are almost similarly practiced by most nations no doubt some of them provide slightly different skills such as head-butting and etc. however the Siam monarchy promotes it as a culture and heritage since B.E 2516 ( 1973) and today it became a world heritage as well.

• In Thailand it was known as Siamese boxing or “Muay Boran” or “Ancient Thai Boxing” of which head-butting is allowed. Later it was popularized as “Muaythai”, the modern Thai Ring Sport with strong emphasis on knee and elbow strikes without head butt.

• Malaysian called it “Tomoi”, more popular in the northern states of the peninsular which believed to be descended from the older Muay Boran as it strong influences from the kingdom of Siam in the ancient day. The Vietnamese have their own traditional martial arts called “VoVinam” and the Indonesian traditional martial art is known as “Tarung Derajat”.

• At present, Amateur Muay Sport is widely favored and accepted in all continents throughout the world. World Muay Federation W.M.F. is indebted and pays respect to all the late Grandmasters and Masters for their work to promote this wonderful sport and martial art which has today captured the eyes of the world.

• Today it has become very beneficial for the amateur Muay circles especially Muay disciples, officials, peoples of interest in general and those who love this fine combating art to help develop amateur Muay Sport to the highest standards.

• World Muay Federation with its affiliations and members pledged to promote and develop Muay Sport as a sport for all nations throughout the world and it is committed through the “Teaching and Heritage Commission” to preserve and teach the thru art of Muay as a Martial Art worldwide.

• Continuous fine tuning to the rules shall be done to create common understanding and equal opportunities in competitions and also to remove unnecessary hindrance of differences in religion believes which shall eventually foster better understanding and respect of different culture among all.

• With respect and appreciation to all of the contributors, researchers and academics which have worked alongside W.M.F. to popularize and educate all interested individuals about the history and heritage of this wonderful Martial Art, Muay. 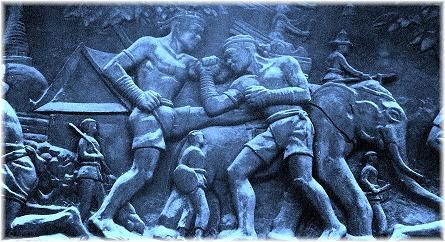